1. The organisation shall be known as the Lancashire Association of School Governing Bodies (LASGB).

2. The mission of the LASGB is to:

a. Work to together in the best interests of pupils of all schools, in partnership and co-operation with Head teachers, other school staff, parents, the Local Authority and the wider community.

b. Provide a democratic forum open to Governors of schools subscribing the LASGB, to encourage the exchange of experiences and ideas to further develop the effectiveness of Governance.

c. Provide a means of sharing good governance practice, by maintaining a regularly updated website, the publishing of a monthly newsletter, and the delivery of periodic conferences addressing topical issues.

d. Co-ordinate the expression of opinion amongst members on matters of mutual concern and to make representations to the Local Authority, Central Government and other relevant authorities on the education of young people.

e. Work with the Local Authority on matters concerning the delivery of services, training and information for Governors.

f. Maintain membership of, or contact with, relevant and appropriate organisations concerned with the affairs of School Governance, both locally and nationally.

3. The LASGB shall consist of and function through:-

b. The Executive Committee.

d. The President of the LASGB 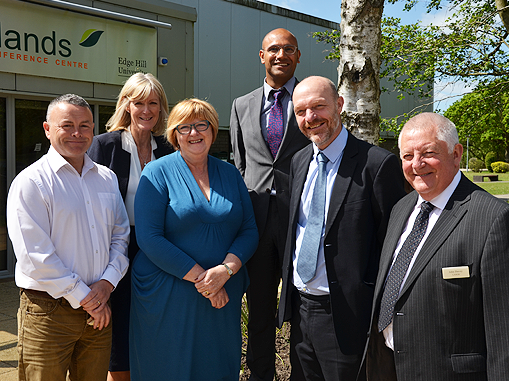 4. Membership will be corporate in respect of each Governing Body that subscribes to the LASGB, by annually paying the appropriate membership fee.

5. A Governing Body having joined and become a member of the LASGB shall retain membership until the Governing Body concerned gives a written notice of its intention to terminate membership to the LASGB Treasurer or fails to renew the annual membership by payment of the appropriate fee as above.

6. Between AGMs, the affairs of the LASGB shall be conducted by an Executive Committee.

7. The Committee shall comprise of eighteen members, drawn from Governing Bodies that subscribe to membership of the LASGB, duly elected at an AGM, having been proposed by the individual’s Governing Body. Wherever possible, the Committee will be representative of its membership.

8. In the event that a vacancy occurs between AGMs, the Executive may appoint a governor of a member school to fill that vacancy for the remainder of the three year term.

9. Additionally, the Committee may co-opt annually, up to three non-governors, where the interests and skills of those individuals fulfil a need as determined by the Committee.

10. Members shall comprise of:-

a. The President of the LASGB
b. Members elected at AGMs
c. Members co-opted by the Executive

11. The Executive shall appoint Officers as under

a. Chair
b. Vice Chair
c. Treasurer
d. Web Master
e. Any other officer that the Committee considers appropriate and necessary to manage the affairs of the LASGB effectively.

12. The appointment of Committee members shall be for three years, following successful election at the AGM of the LASGB. Each year, a third of the Committee, having served three years, will be subject to election as described at para 7.

14. Newly elected or re-elected members shall take up their appointment forthwith

15. The term of office of an Executive Committee member shall end immediately if:-

17. The Committee shall meet as often as is necessary to exercise its keys functions including:

a. Responding to initiatives and proposals from LASGB members and other interested parties.
b. Initiating and reviewing LASGB policies for consideration and adoption at the AGM
c. Nominating representatives to attend regional and national meetings relating to education and to be the voice of the LASGB

18. The Committee shall be quorate if one third of its voting members rounded up to a whole number are present and majority decisions made shall be valid.

19. The Annual General Meeting of the Association will be convened by the Executive Committee. Notice of the event, including date, time and venue shall be given to Chairs and/or nominated contacts of Member Governing Bodies at least 28 days before the event. Details are also to be published in the LASGB newsletter and website.

21. Notice of nominated representatives entitled to cast a vote shall be submitted to the LASGB Admin Support Officer not less than 14 days prior to the Meeting.

22. The business of the Meeting shall include:

23. Proposals shall be passed and decisions carried by a majority vote of those present and eligible to do so, but see below regarding constitutional amendments

24. Proposals to change the Constitution may be made either by:

25. Changes to the Constitution will be subject to ratification at the AGM subject to a two thirds majority of those present and eligible to vote carrying the motion.

26. A Special/Extraordinary General Meeting of the LASGB may be called by a quorum consisting of at least 10% of LASGB membership. Notice of the issues at hand must be submitted in writing to the LASGB chair

27. The Executive Committee shall convene such a Meeting within 42 days, publishing the time, date, and venue in the monthly newsletter if practicable, and on the LASGB website.

28. Only those issues raised by those calling for the Meeting may be discussed.

29. The Executive Committee shall appoint a Treasurer who will operate within the agreed financial regulations of the LASGB (see annex 1)

31. The LASGB may affiliate to any other such body whose aims are consistent with its own, on terms negotiated by the Executive Committee on its behalf.

32. The Executive Committee shall ensure that information is shared with LASGB members expeditiously by use of appropriate media as under:

33. Where the LASGB is invited to nominate representatives to serve on, or to address other bodies, the Executive Committee shall be authorised to respond on behalf of the LASGB

34. Should the Executive Committee decide, by a simple majority, to propose the dissolution of the LASGB, it shall do so by calling a Special Meeting, giving not less than 28 days’ notice to LASGB members. The quorum for a Special Meeting shall be the same as. para 28 above. If the majority decision of those attending and eligible to vote agrees, the the LASGB shall be dissolved. If the Special Meeting is inquorate, a further meeting shall be called, not less than one month after the first. If that second meeting is inquorate, the LASGB shall be deemed to be dissolved.

35. The Executive Committee of the LASGB shall remain in post until all matters concerning the dissolution are concluded. Any assets shall be transferred to such other non-profit making body having objectives similar to those of the Association, as the Executive Committee shall determine.

1. These financial regulations shall be reviewed on an annual basis and any revisions recorded in the minutes of the Executive Committee meetings. Changes are subject to approval at the AGM.

3. The President, Executive Committee members, and any person involved with the financial affairs of the LASGB are to disclose any business interest they or any member of their immediate family have in a Register of Business Interests maintained for the purpose. The Register is to be reviewed annually.

4. Any sponsorship entered into is to be approved by the Executive Committee, is to be completely unconditional and not be dependent on subsequent purchases by the LASGB or recommendations by the LASGB of the sponsor’s products.

5. The Executive Committee shall open a bank or building society account as such is recommended by the Treasurer. The Committee shall determine the administration of the account, including details of authorised signatories and internal controls.

6. The Treasurer shall be empowered to enter into contracts or to make purchases which do not exceed £250, without the need to seek quotations or tenders. Products or services ranging between £251 - £1000 shall only be purchased following consultation and agreement with the Chair and any other Executive officer.

7. The two functions of ordering goods and services and for certifying accounts for payment must be carried out by separate members of the Executive Committee.

8. All orders shall be signed by the Treasurer or by an officer of the Committee in his or her own name. A record of specimen signatures shall be maintained for those persons so authorised

9. No authorised signatory shall sign or countersign a cheque made out to themselves, or that of their immediate family.

10. All monies accumulated by the LASGB shall be used to further the objectives of the LASGB; any variation such as a small gift to show appreciation of extensive services to the LASGB must be raised at an Executive Committee meeting and be unanimously supported by those present.

11. Members of the Executive Committee carrying out routine duties on behalf of the LASGB, are entitled to recover costs, either motor mileage at the Inland Revenue rate, or actual public transport charges on production of receipts. Authority for the recovery of subsistence and accommodation costs is to be approved by the Committee prior to travel.

12. The financial year of the LASGB shall run from 01 September to 31 August. Its accounts shall be audited annually by an Auditor, and approved by LASGB members at the AGM.

Keep up to date with our latest news and events with our email newsletter.
Sign up now

Make a positive contribution towards education
To become a member of the LASGB you can complete our online form or
email us with your details. Please click the link below to find out more.
Join now